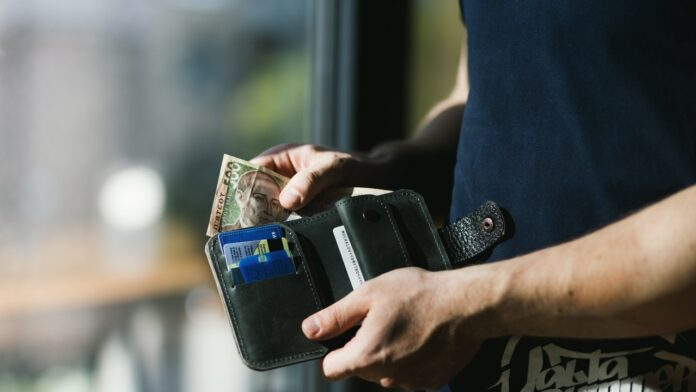 Being a college student, I have a lot of friends who go to college worry-free. Their parents pay for their tuition and rent, or maybe they’re just on loans and feel like they have unlimited money. And then they say that money is evil and wanting money is bad and greedy. And those are the same people who will graduate, get a job, and then work 40 hours a week to work for this money that they hate, and then complain to their friends about the massive amounts of debt they’re in.

And they wonder why they have so much debt!

Well here’s one thing I notice. If you ever feel like money is not important, you will become the one that will struggle with money. Let me explain.

Let’s just face it. Money is important. What pays your rent? What puts food on the table? What fuels your car? What pays your phone bill? What buys your kids’ toys? Your kids’ Karate lessons, gym lessons, swimming lesson… Money. It’s all about money. Now does that mean you should love money and do whatever it takes to get some money? No. There’s a difference between loving money and loving what money can buy.

When one loves money, they end up doing anything for money. What does money do? Nothing, in itself. It’s traded and that’s about it. So it’s quite pointless to love money.

But when a person loves what money can buy… given that it is not anything too extravagant (like having toilet seats made of gold… just for the lolz)… then things are different.

The hard-working man who works 80 hours a week to feed his family and ensure his kids get their piano lessons and stuff is admired by many people. He is the kind of person who would do anything to make his family happy… the problem is, his family isn’t necessarily happy. Why? Because the father/husband is gone for so long!

So let’s go back to my previous statement… that a person who does not feel like money is important is the same person who struggles with it.

When you can’t assign value to things, it’s essentially worthless, and you won’t keep track of it; it’s not important, so why be so meticulous about it? That’s just greedy, right? But it turns out that the people who don’t set up a budget and don’t track their expenditures ultimately end up overspending and going in debt.

Let’s look at it this way. You have pennies, no doubt. What do you do with pennies? Do you save them? Or do you just toss em away? Or perhaps you just give it away as tip. Well, if you picked up every penny you found randomly, and saved it somewhere, you’d probably end up with an extra $10 a month. May not seem like a lot to you, but to me? That’s ten double cheeseburgers! Or maybe another book every two months… I mean, sure, it doesn’t seem like a lot, but it can still buy some relatively inexpensive things that won’t have to come from my disposable income. A penny found is a penny earned. Or whatever that saying was. There’s a reason Lincoln is on our penny, and it’s because of that saying!

Now of course I personally don’t go penny-hunting. After all, my mind is usually occupied elsewhere when I’m randomly walking around. But that’s exactly my point. Pennies are essentially valueless in our eyes… and look how many pennies you have now? Doubtlessly not many!

And that’s exactly my point. A person who thinks money is just money is the person who ends up not having much of it. And that’s fine, if you like being in debt. But for some of us, who like being able to pay our bills without getting white hair, we like having a little bit of money, and some extra to save for a rainy day.

What’s my point? You need to have the right attitude of money before you can start having a lot of it. If you don’t want a lot of it, that’s cool, but some people have bills to pay and vacations to go on. We’ll take the money you don’t want 😉

Why invest in ETFs

What is web marketing strategy ?